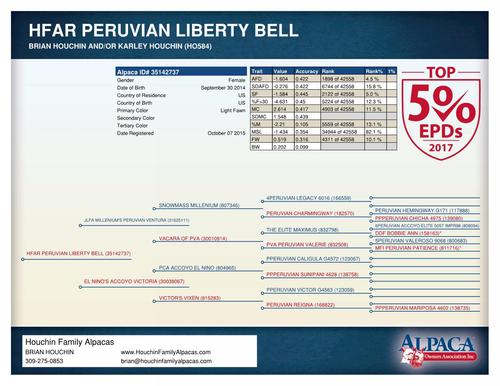 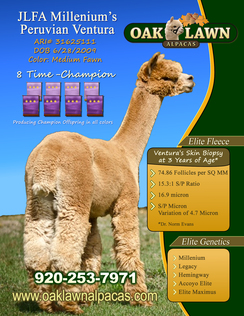 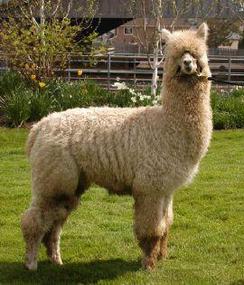 Ask a question
Details
Certificate
Liberty Bell is a striking fawn female. She has a gorgeous fleece with excellent density, crimp and fineness. Liberty is packed with some powerhouse genetics! Her dam is our Full Accoyo El Nino Daughter Victoria, who brings PPeruvian Caligula and PCA Accoyo EL Nino into the mix.

Liberty held her own in a strong class of 6 light females at the 2016 Railsplitter Alpaca Show finishing third. Judge commented that second and third were very close, acknowledging that Liberty had better density, but lacked a bit in consistency of character from the animal in second.

Her Sire is non other than MILLENIUM'S PERUVIAN VENTURA! At 3 years of age, Vinnie has outstanding fiber stats starting with a micron of 18.4 and Mean Curvature of 51.1.

Liberty Bell has been bred to MFI Peruvian Presumption for a 2018 cria. Another stunning young son of Majestic Peruvian Jeremiah who has already proven himself in show rings. He is a beautiful beige male with a highly-advanced fleece exhibiting bundling and high-frequency, high-amplitude crimp. He is the full brother to MFI Peruvian Probabilities.

He is passing those desirable traits plus the added value of his female to male ratio. Of his 39 registered offspring, he has an amazing 28 females and 11 males.

Hands down one of the most consistent fleeced males in the US. 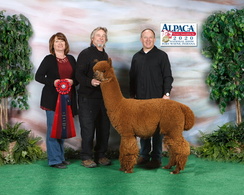 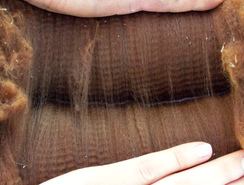 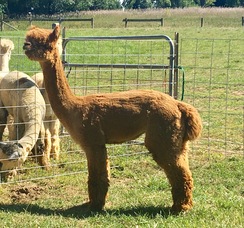 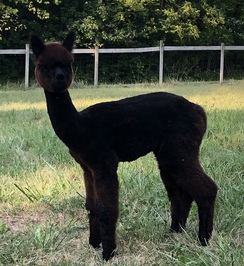